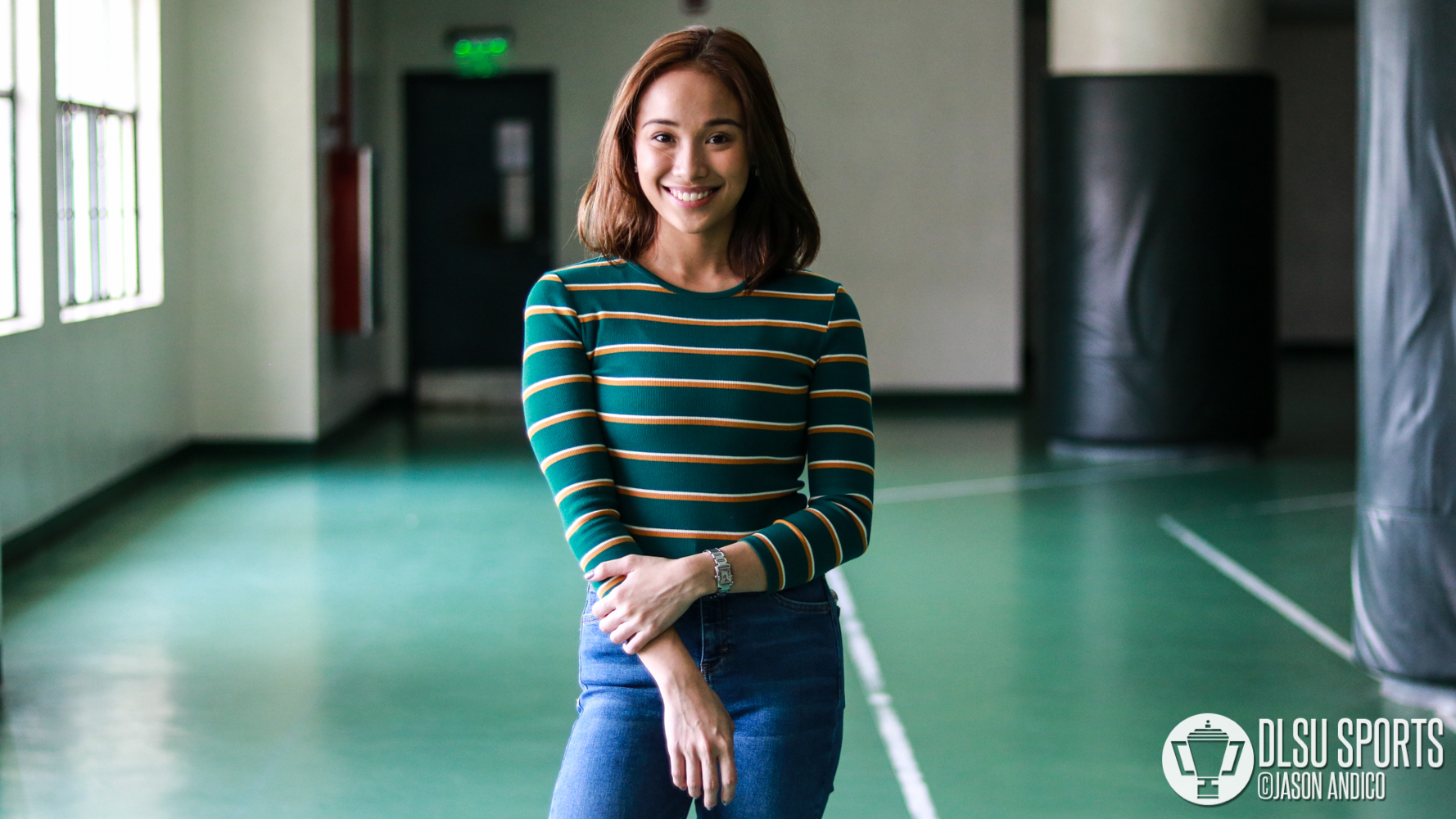 This season, we’ll be seeing new faces on the court and the sidelines. Aiyana Perlas will be the new lady on the sidelines bringing the Lasallian community and the rest of the Philippines the latest updates on the Green Archers during the games.

The 117 Psychology student might be familiar to those who watch MYX regularly as she was a finalist for the MYX VJ Search 2018.

She just has a knack for hosting and doing the job has been her life for years.

“Honestly, I think I’ve always had a thing of talking in front of people,” said Aiyana, talking about how she got into hosting, “Ever since high school, I’d be the host of certain events at school. I thought I’d bring that out of school and I never really thought it would be a passion of mine.”

As to how she got interested in the courtside job, the bright and bubbly reporter mentioned her family and their love of sports as the reason why.

“I was a cheerleader in high school and I would play golf with my dad every now and then. But my family would always watch basketball! We’re the type of family that would wake up at 4AM just to watch the Cavs play,” explaining how she got hooked into Basketball. 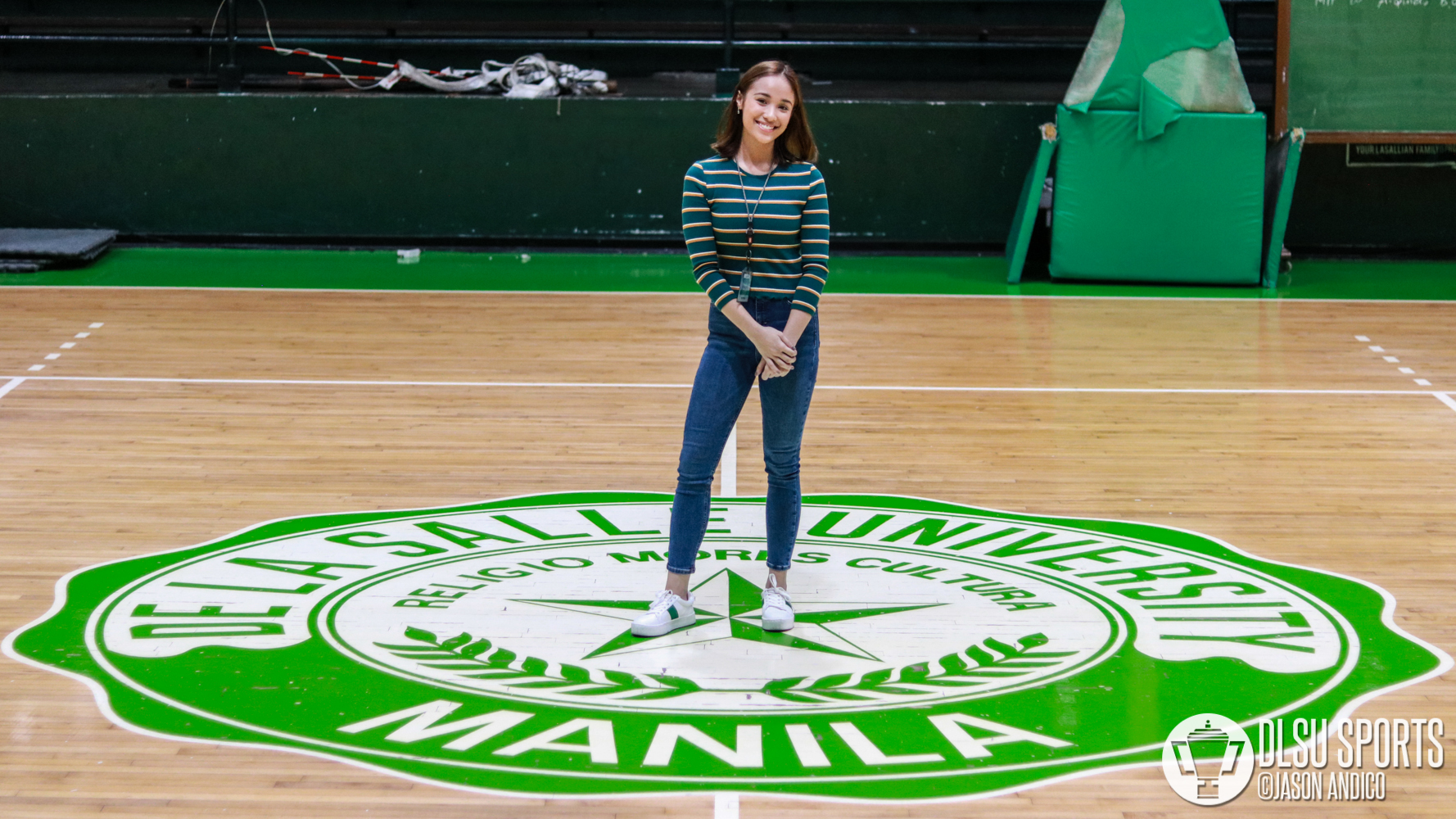 After the MYX VJ Search, an opportunity came knocking which Aiyana happily accepted.

“After I joined the [MYX VJ] Search, I saw the opportunity and I thought, ‘Oh well! Why don’t I integrate both?’ My love for sports and my love for hosting.”

As a rookie reporter, she cannot help but thank her predecessors Eileen Shi and Bea Escudero as well as the more seasoned reporters of other universities for tips on the job. She especially recalls the tip given to her by Sydney Crespo, the former courtside reporter of the Far Eastern University.

“She told me to just memorize the first three lines on your notebook, then put your finger on the fourth line so you can look at it right away! That was the most helpful and the one that stuck to me the most.”

The courtside reporter’s job starts off-screen so when asked about difficulties she’s had so far, the ever-smiling Aiyana said she’s had a bit of a hard time throwing curveballs to the audience.

“Maybe, so far, it’s getting information that’s the hardest part at the moment because you already know what the audience is looking for at the moment. It’s hard to look for interesting questions that will also make them be like, ‘Wow! I’ve never answered that kind of question.’”

As she’ll be spending most of her time with the Green Archers, she expects them to sacrifice a lot this season, especially with new and returning faces.

“Right now, I can see how they’ve been working so hard especially with their chemistry because the team is fairly new. Coach Louie told me that they don’t want dominant players this season. They want everyone to have a chance to showcase their talent.” She said.

For sure, Aiyana will be providing the Lasallian community with news and updates regarding not just the Green Archers, but also the Lady Spikers for the next semester, and because of that, we will also support and cheer for you, Aiyana!