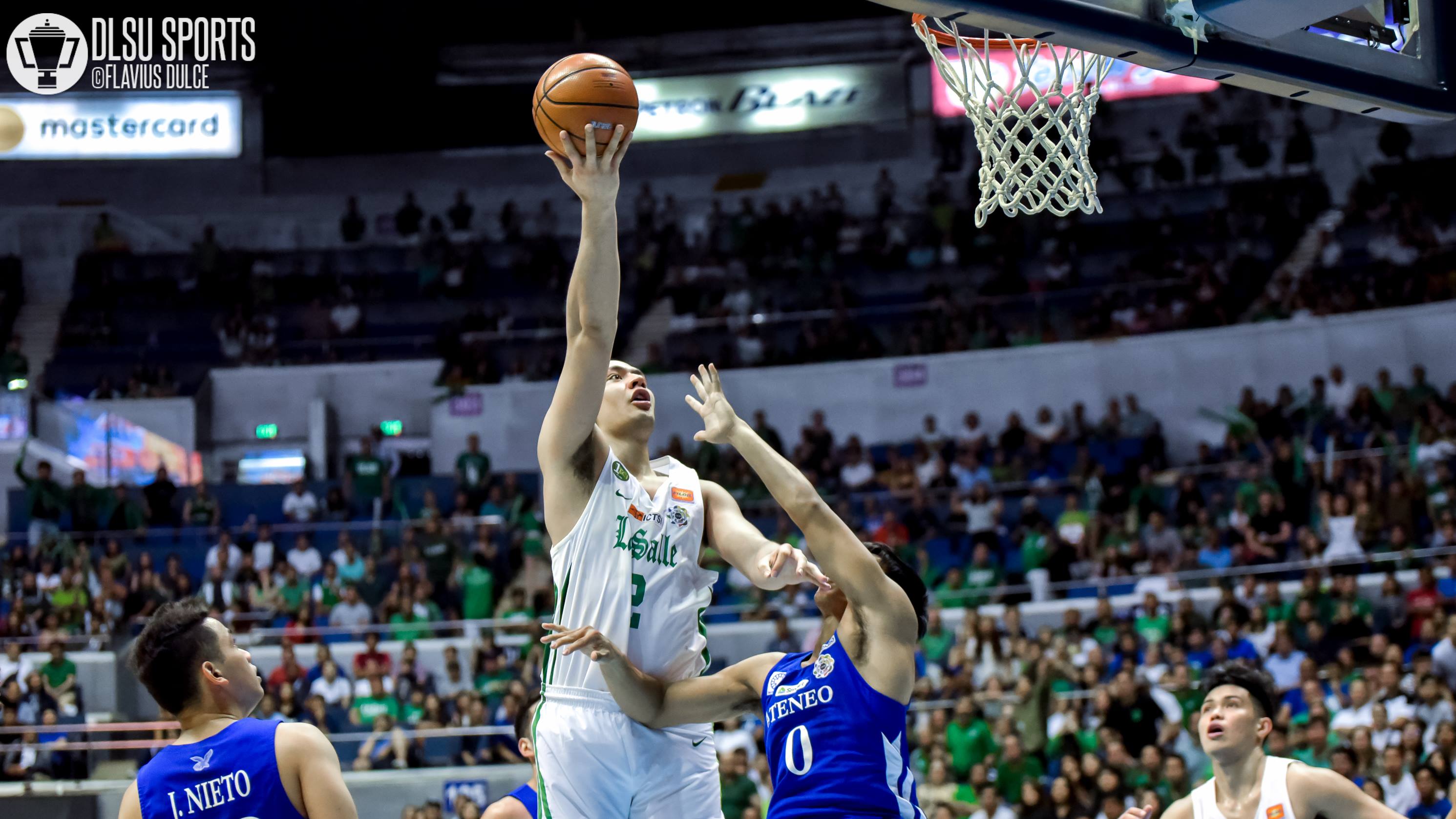 The De La Salle University Green Archers bowed to the Ateneo De Manila University for the second time around this season, 62-71, in the 81st edition of the UAAP Men’s Basketball Tournament at the Smart Araneta Coliseum, Sunday.

The Green Archers were men on a mission as they were more aggressive on both ends of the floor in the first quarter. Angelo Kouame also had foul trouble early on that forced Ateneo bring him to the bench immediately. Rookie big man Taane Samuel made his presence felt early, surprising everybody with his ball-handling abilities and excellent footwork as La Salle kept on pushing up the tempo to take a 22-18 edge after the first.

DLSU picked up from where they left off to begin the second frame. Aljun Melecio capped off a 7-3 run with a triple to help the Taft squad jump to a 29-21 lead with 6:41 remaining in the first half. However, the Blue Eagles clawed their way back even with a much smaller lineup as they tied the game at 35-all at halftime.

It was a chess match in the third canto as both teams continued to trade baskets. La Salle looked unfazed even with Kouame back in the rotation in the second half. Melecio, who struggled from the charity stripe all game long, hit 1 of 3 free throws, good enough for a 50-47 lead at the 3:20 mark. ADMU, though, closed out the third with a 7-0 blast to take over the lead, 54-50.

The Green and White played catch up the entire fourth quarter. Justin Baltazar hit a perimeter jumper to inch DLSU within four, 56-60, breaching through the halfway mark of the payoff period. The Archers just did not have enough left in the tank for one final push as the Eagles pulled away for good with Thirdy Ravena pulling up for a three-pointer to stretch their lead to 13, 71-58, with 2:05 to go and that proved to be the dagger. ADMU, then, held on as they clinched a twice-to-beat advantage heading into the final four.

Melecio led DLSU with 13 points on 4 of 11 shooting, seven rebounds and three assists. The La Salle sniper also only made 3 of 9 from the line. Baltazar added 12 points and eight rebounds, while Santi Santillan chipped in 10 and eight respectively. Samuel had eight points and rebounds on his first game as a Green Archer.

La Salle only shot 47.37 percent, their second-lowest output, from the stripe. The league-leading rebounding team was also outrebounded 54-35 by their arch-rivals.

Support the Green Archers as they face the UP Fighting Maroons to try and seal the third spot on Wednesday, 4pm at the MOA Arena.