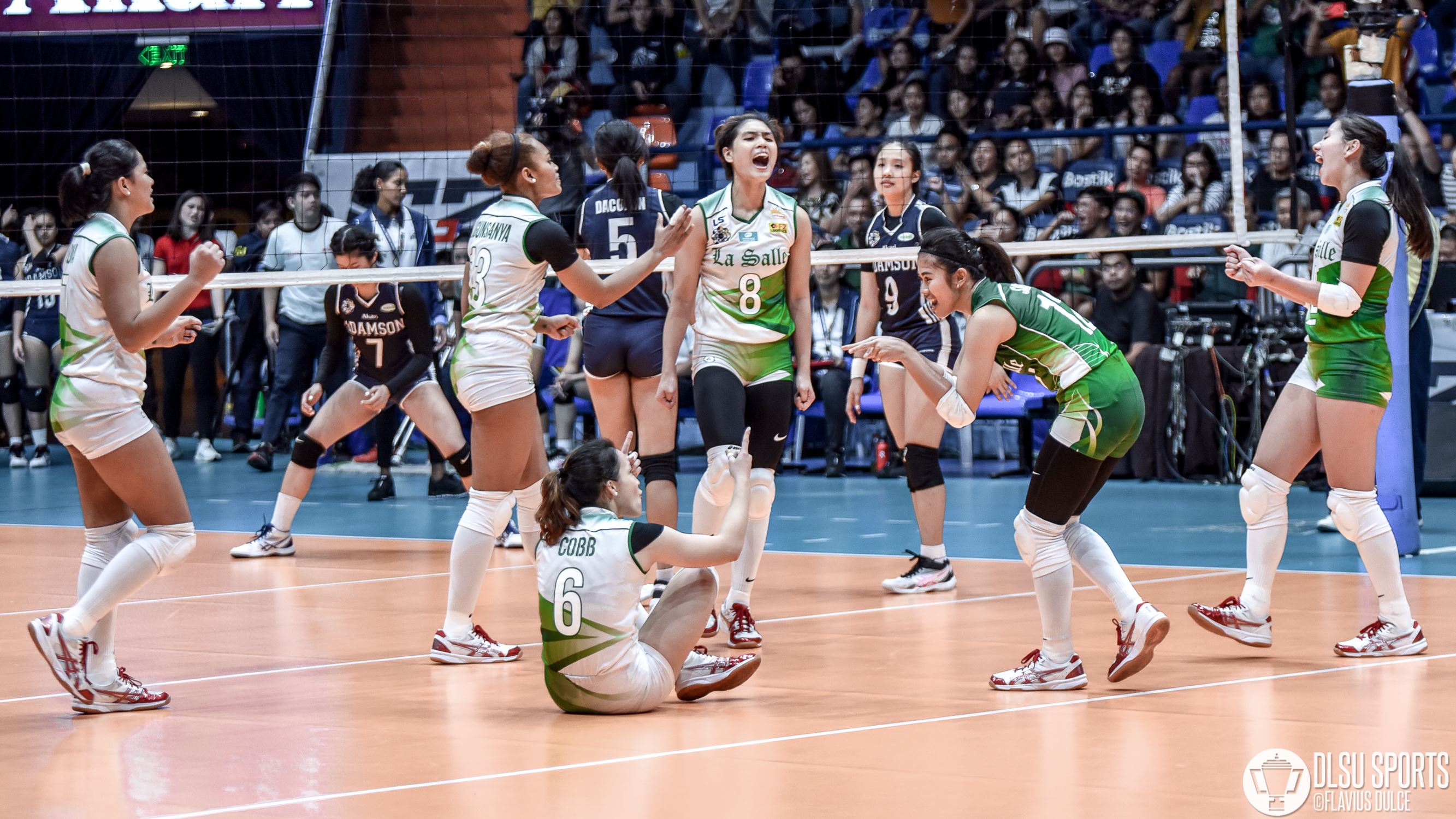 And they did just that as the team swept the Adamson University Lady Falcons for their third consecutive win, 25-15, 25-16, 25-16, in the UAAP Season 81 women’s volleyball at the Smart Araneta Coliseum.

DLSU, very much, has control of its own destiny, and the victory only solidified the team’s bid in booking a return trip to the semis now that it holds an 8-3 record.

The Lady Spikers were all about business in the first set as they went off to a blazing 16-5 start and they never looked back.

In the second set, the Taft squad once again jumped to an 8-3 advantage, but the spikers from San Marcelino got their acts together to tie the match at 14. La Salle countered with its own version of a run behind the heroics of Dela Cruz and Tin Tiamzon as they eventually captured the set.

DLSU established another early lead in the third set. Adamson then cut the deficit down to two, but the Green and White shrugged off ADU’s rally and ballooned back its lead to six, 19-13, to take the fight out of the Lady Falcons.

The Lady Spikers locked down Adamson’s offense as leading scorers Trisha Genesis and Bern Flora only dropped seven points each.