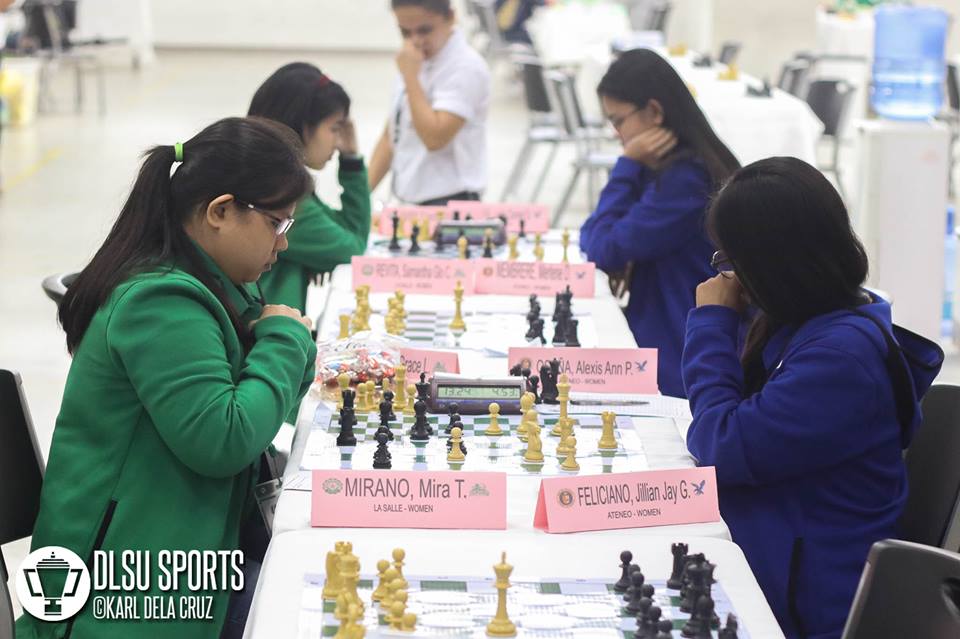 The rosters on the first round are Mira Mirano, Ella Grace Mullic, and Samantha Glo Revita with 1-0 lead, while Franchell Eds Javier lost to her opponent with a score of 0-1.

The Lady Woodpushers reclaimed their throne through defeating the Lady Tamaraws by 2.5 points in the previous UAAP Season and will continue on capitalizing on intelligence and diligence as told by Head Coach Susan Grace Neri. 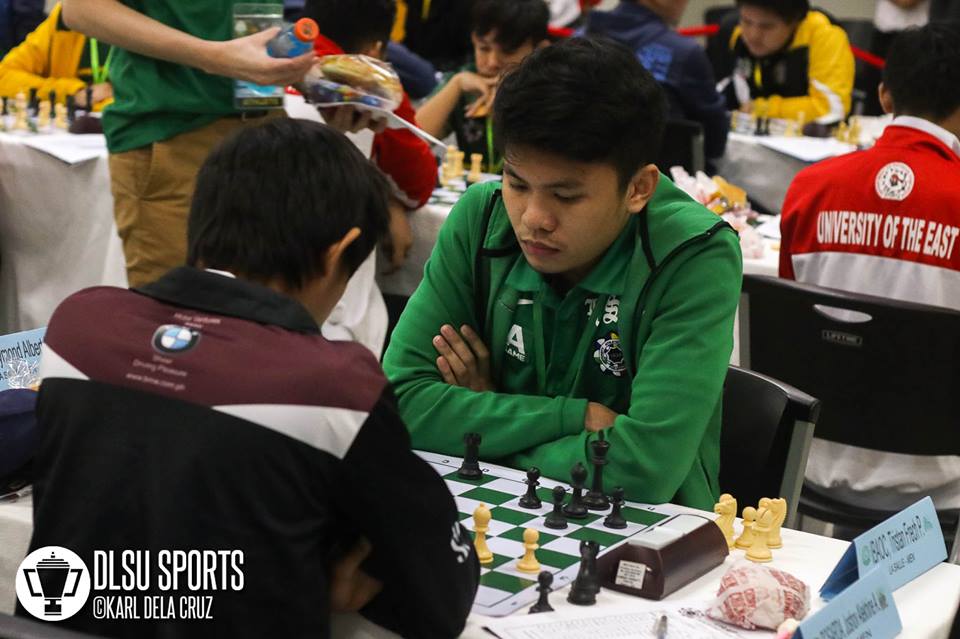 Meanwhile, the Green Woodpushers succumbed to the Fighting Maroons with a score of 2.5-1.5.

Richmond Young and Tristan Frech Ibaoc lost to their opponent with a score of 0-1, Raymond Albert Ng had an equivalent score of 0.5 to his opponent, while Giovanni Mejia won to a score of 1-0.

Coach Neri said that the Green Woodpushers should hope for the best and remain faithful. This quote will serve as one of their rally cries as they go through the new UAAP Season. Both teams should never stop learning and apply the skills they’ve learned.

The Lady Woodpushers and Green Woodpushers will continue the battle and are set for a new slate of games again on Sunday, September 23 at the UST Gym. 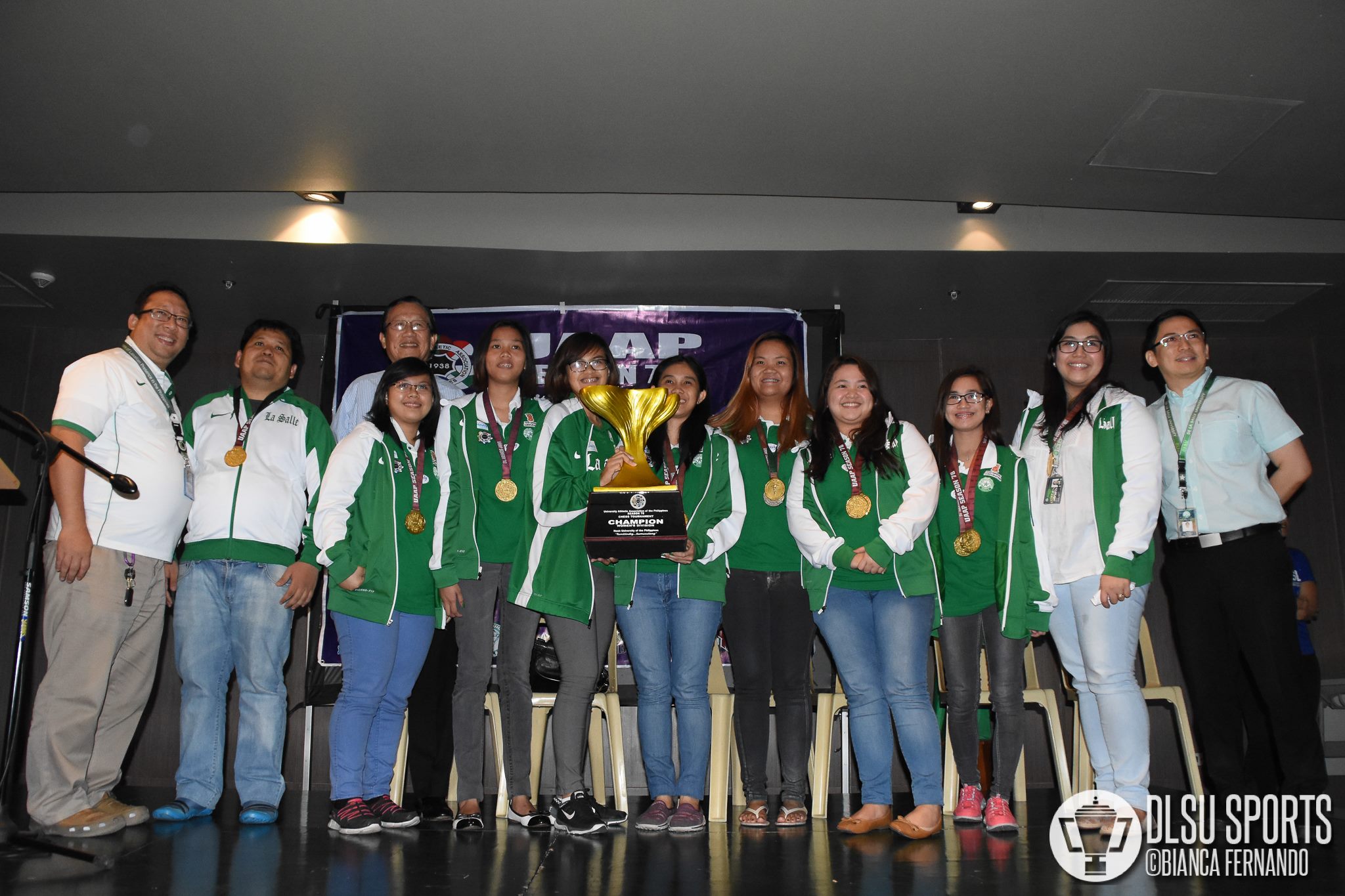 Road to Redemption
The Lady Woodpushers climbed back to the top after last year’s haunting one point loss in the final matchup against FEU. Lady Woodpusher, Jan Fronda, led the team throughout last season. However, the team finally succumbed to FEU and the reigning MVP, Lady Tamaraw Janelle Frayna.  Jan Fronda and the rest of the Lady Woodpushers tried to push for a historic 5-peat championship run. It haunted the team before the season on how they their season ended by a single point.

Nevertheless, the Lady Woodpushers did their best to move on and focus on this season. This year they came in with a lot of seniors leaving. This includes the likes of Cherry Ann Meija and Jan Fronda who were rated as masters in the sport.

The team took blows as they lost key veterans coming into the season. Team veteran and international master, Bernadette Galas, felt that they needed to communicate more as a team. Bernadette explains, “Since nawalan kami ng seniors nag-adjust kami. Inayos namin yung sched namin sa acads at nagspend kami ng extra-time aside from training.”. Bernadette knew that the road back to the finals would be tough, especially facing an all-star FEU chess team this season. On the other hand, Coach Susan Grace Neri knew she had to motivate her girls. Coach commented, “Bumilib ako sa paramount passion nila to get it done this year. They had the eagerness this season.” In the end, they found newfound confidence with each other as they looked to regain the championship glory for DLSU.

Throughout the season, the Lady Woodpushers prevailed as they only suffered one loss and a draw. The team posted an approximate tally of 47.5 points during the tournament. At the end of everything, Bernadette Galas was named this season’s MVP. Bernadette felt grateful as she won her first MVP in three years. She does admit that she was hesitant in leading the team but she proved that she was able to get the job done as she clinched the MVP title. Bernadette then added, “Inayos ko yung pagaaral ko ng openings. With the help of my coach na din, kasi  yung playing style niya di mababasa. Kasi parang yung ibang teams isa lang opening nila pero coach ko iba iba para di makapag-prepare yung ibang teams.”. Bernadette proved herself worthy to start matches as she played Board 1 more often this season.

With the championship back home here at Taft, confidence is at an all-time high for the Lady Woodpushers.  Even though they’ve lost key veterans in their roster, they managed to work harder and put on extra effort to reclaim the championship. The Lady Woodpushers look to continue their winning ways for next season and the Lasallian community should expect a lot more from the girls. 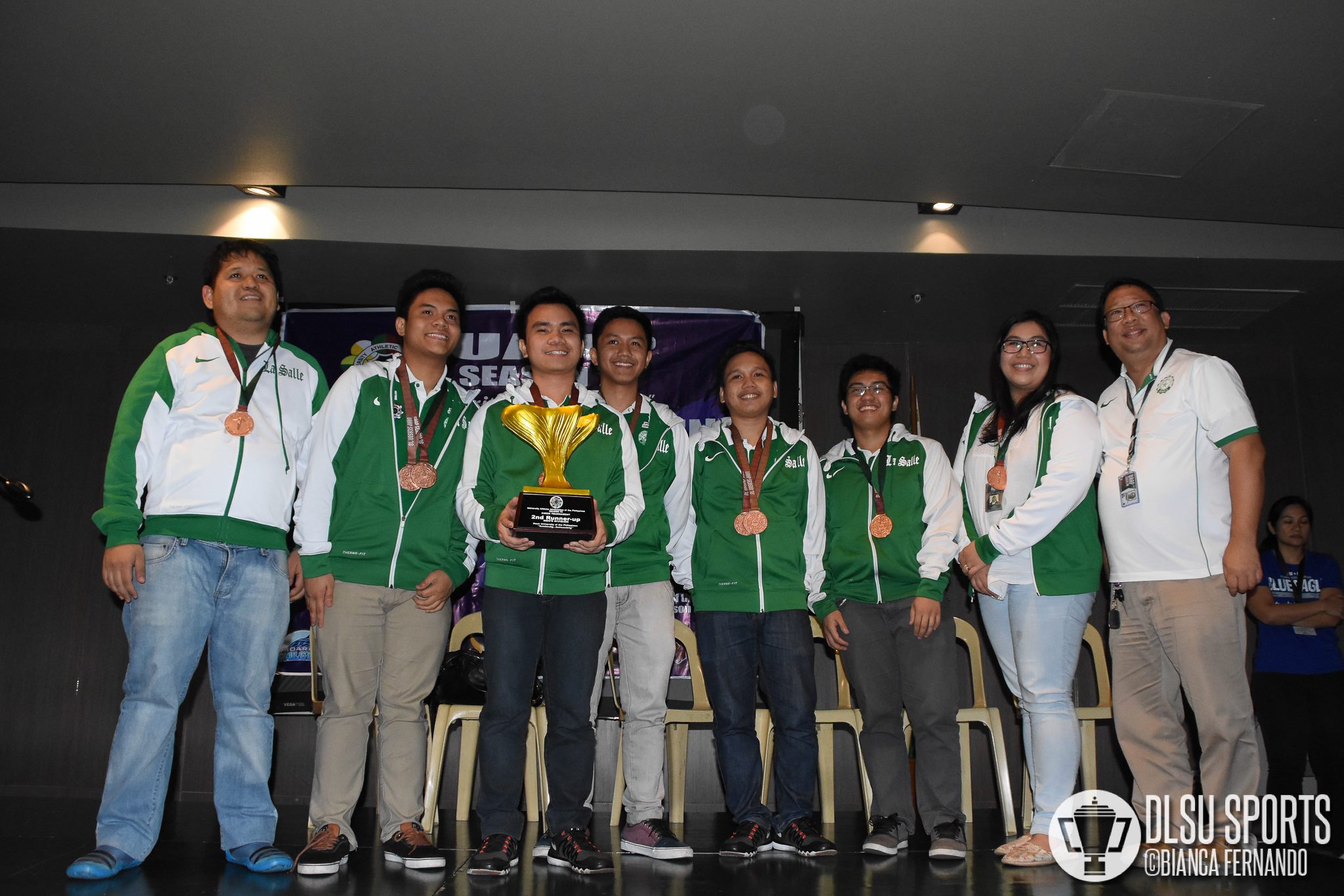 Defending the Crown
The Green Woodpushers couldn’t live up to championship expectations as they finish third in the season.

The loss of more key veterans in the team was a major setback for the Green Woodpushers. This included the likes of Aglipay Oberio, who was a master and the former team captain of the team.  Masters like Franz Grafil and defending MVP Jerad Docena also missed out on the season.

Green Woodpusher, Denzel Amar, felt elated that his team still received a podium finish. He admits it was a tough season for them since they’ve lost some seniors upon entering this season. The Green Woodpushers were still contenders for the title; however some mid-season slip ups and bad luck changed the tide for the Woodpushers. Denzel added, “We expected na kaya naming mag-second. Kahit sa championship contender kami. Kaso, medyo nagka-samaan lang ng laro.”. As they entered the last round of the tournament, the boys started to struggle as FEU started to pose as a threat in the final four. FEU looked also to finish third as they battled it out with the Woodpushers in the final round. In the end, the Green Woodpushers proved to be triumphant and deserved the third spot in the standings. Though it wasn’t a championship match, the Woodpushers felt like they got the gold as they perfectly exacted their revenge against FEU. FEU stole their first round matchup with DLSU, and now the Woodpushers were able to finish on top of them.

Coach Susan Grace Neri was very much proud of her boys this season. With lesser seniors, she noticed how her players matured and how they realized they needed to put in more work in training. Coach added, “I admire my boys for the heart na pinakita nila. I really admire them for not giving up sa sarili nila and for the team.” it was evident that the players were more confident with their play this season. Coach also commented, “Iba talaga yung puso nila ngayon eh. Iba yung puso ng men’s team ngayon compared to the previous teams, I mean sa history ng men’s team.”.

With the Green Woodpushers having a lot more confidence in themselves, they expect to play much smarter and efficient next season. Coach Susan does agree that the team will soon be a force to be reckoned with in the UAAP. That’s why the Green Woodpushers need all the support from the Lasallian community to make that dream into a reality.