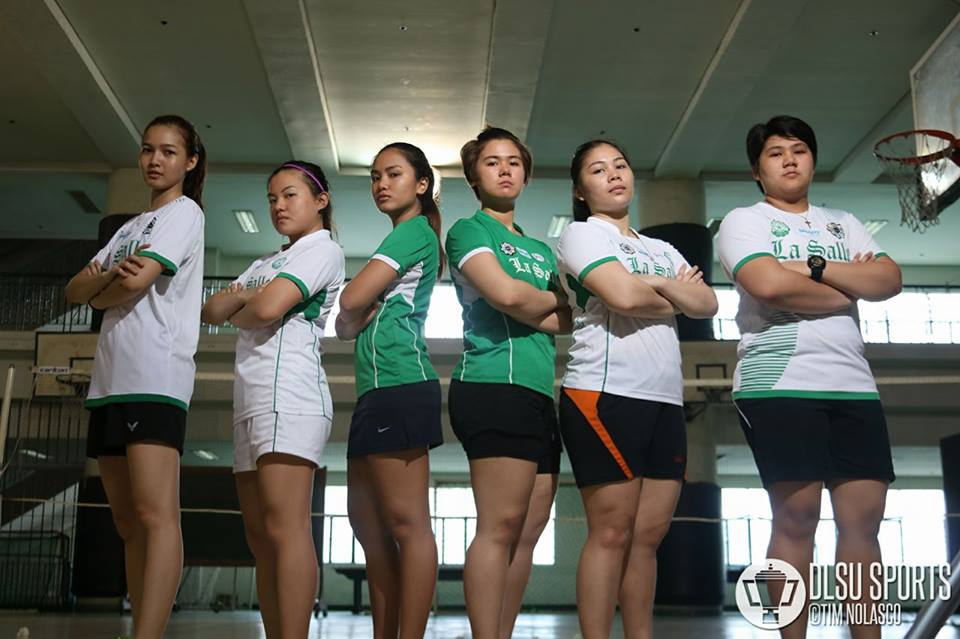 De La Salle University’s Women’s badminton team had gone through a lot of slips on the road that clogged their way to finally capture the elusive championship crown, or at least a ticket to the finals.

Last season, the Lady Shuttlers fell short on reaching the finals after blowing a twice-to-beat-advantage before eventually getting knocked off by bitter rival Ateneo de Manila University Lady Eagles, 1-3 in both games. The team though, was able to meet their goal, finishing third in the tournament.

This year, the shuttlers from Taft are going to face yet another tough challenge as they will be sent into the battlefield without incoming sophomore Nicole Albo, who will not be playing this season after suffering injuries during offseason. “Sa ladies naman, ang isa naming problema is siyempre may top player kami na hindi makakalaro, si Nicole Albo due to injuries. So iyon yung mga adjustment namin,” Head Coach Lopez said.

Even with their backs against the wall, Coach Lopez reminds his players to keep their eyes on the goal and to take it one game at a time. Coach Lopez shared, “Basta ang advice ko lang muna sa team ngayon ay mag-focus lang muna kami na pumasok both men and women sa top four, so yun muna ang target namin. Then after that, tsaka kami magaadjust ng game plan,”

Asked about the team’s preparations for this season, Coach Lopez said that they are working on the pairings and match-ups heading into the tournament to compensate with the loss of Albo and the coming of new players into the roster.

“Yung adjustment namin sa bagong line up is sa doubles, tsaka yung mga bagong magsisingles, may mga players kami na last year hindi nakalaro tapos ngayong year lalaro na, pagdating doon sa pairing magbabago. So I hope mabilis yung adjustment,” he responded.
The long-time head coach of La Salle’s badminton teams revealed that he already has a roster in mind, however he said that it is yet to be finalized. The soft-spoken mentor is keeping his fingers crossed as he waits for management on whether he will be able to field in players to fill the shoes of Albo.

Team Captain Kristelle Dawn Salatan has been holding the torch for the Lady Shuttlers for two years now, and for the graduating senior, she vows to give support to her teammates no matter the outcome. The former national team player wants to be an inspiration to the team as well, bringing out the best in each of them especially in games that go south. 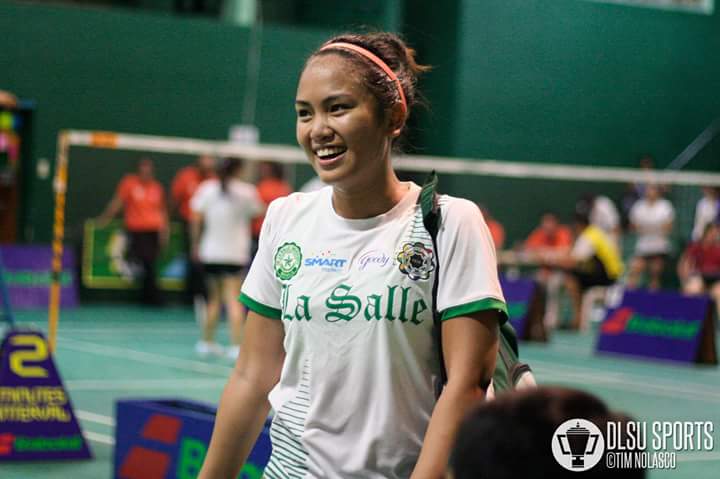 DLSU has nothing less to expect from the Lady Shuttlers. The team captain marveled that the team believes in each one of them and in their coach. She wants everyone to know that they will be going out strong starting day one.

Pressure will be there, especially for seniors Salatan, Montilla, and Leonardo, but the high-spirited team captain said that the team is ready to overcome pressure and to just enjoy the season.

Catch Kristelle Salatan and the rest of the DLSU Lady Shuttlers as they battle it out this UAAP Season 79 starting September 17, at the Rizal Memorial Badminton Court.